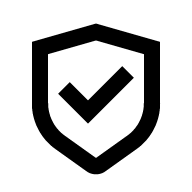 Seda Eylül Tansık was born in Istanbul, 1995.She began her studies in 2005 with piano and drum lessons.In 2009 she was excepted to Istanbul Technical University Conservatory and began her studies on viola.She finished highschool and two years of college in this institute.In 2015 she was excepted to Istanbul State University Conservatory and then she began her education here on viola.Throughout her studies she was participated in concerts; solo and with orchestras as a member. She also works as a solo vocal artist.Worked with conductors such as; Howard Griffiths, Lior Shambadal, Theodore Kuchar, Carlo Rizzari, Antonio Pirolli, Alfonso Scarano, Tassos Simeonidis, Vahan Mardirossian, Sascha Goetzel etc.
She graduated from Beste Tıknaz Modiri’s class in 2020 and will continue her studies in Master program.
Masterclasses and Concerts:
Cervo Di Camera da Musica Festival Masterclass and Concert 2016 (solo)
KotorArt Festival Orchestra in Montenegro 2017
Greek Turkish Youth Orchestra in Greece 2017
Istanbul Concertant Orchestra
Istanbul State University Symphonic Orchestra